So what is an empath? An empath is a person with the paranormal ability to apprehend the mental or emotional state of another individual.

Being an empath is more common than you think, and some of the signs may go unnoticed. So if you think there might be a chance you are an empath, you’ve come to the right place. We’ve compiled the most common signs of an empath so that you can judge for yourself! Read on and find out more.

After all. Isn’t it time you received some True Psychic Advice?

5 Signs That Say You May Be an Empath

Being an empath is more common than you think, and some of the signs may go unnoticed. So if you think there might be a chance you’re an empath, you’ve come to the right place. We’ve compiled the most common signs of an empath so that you can judge for yourself!

As an empathA person with the paranormal ability to apprehend the mental or emotional state of another individual., you are constantly experiencing a lot of emotions. We, as humans, only have a certain capacity to handle emotions before we feel overwhelmed. Because you deal with so many more emotions than the average person does, small things that seem insignificant can be the final straw for you and set you into an emotional state. If you’ve been called sensitive, that sensitivity may come from being an empath.

You Are a Human Lie Detector

Lie detectors key into physical responses to the emotional states that lies can produce. If you often find that you can tell someone is lying as soon as they speak, you may be in tune with the emotional vibrations that they put off. If you’ve been able to immediately spot lies, especially when no one else is able to, it’s possible that you are an empath.

You Take on Other’s Emotions 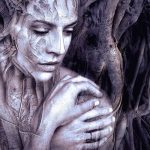 One of the strongest signs that you might be an empath is, in fact, your empathy. Empathy as an emotion simply means feeling other’s emotions – it generally isn’t as literal as spiritual empathy is on that point. However, you spiritual empathy will translate; if you find yourself feeling deeply upset when someone else is (especially if they haven’t told anyone that they are upset!), or developing anger about something you don’t care about but another person in the room does, you might be an empath.

When you meet someone, do you tend to get a very strong first impression right away? When this impression differs from that of those around you, do you tend to be the one who is right? This could be a sign of empathy. Empaths tap into a deep self of other people and can get very strong impressions of what a person is like as soon as they meet them. Particularly if you tend to know someone is no good when everyone else loves them (and you turn out to be right), this might be because you are an empath.

You Are an Introvert

Introversion means you gain energy through time alone; extroverts gain their energy through socialization. Even if you need your social time and love having lots of friends, if you find yourself returning to tea and a book or Netflix snuggled in your blanket as a way to recharge, it is more likely that you might be an empath. Empaths are often exhausted by socialization because they are constantly bumping against the emotions of everyone around them.

Being an empath can be exhausting, but it is also a great gift. If you identify with more than one of the signs that we have laid out, it is entirely possible that this might be a gift you have! Talking to a psychic about your thoughts may help you resolve this or any other issue.

Ready for Your Own Psychic Reading?